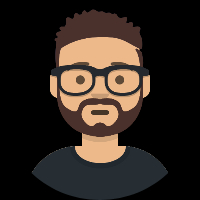 Working professionally since 1990 as a software developer, I’ve worked in various positions and with different team sizes; from a single developer and analyst to a member of a team of 15 people from 3 different companies working on the backend system of the largest Brazilian ISP. I organize three MeetUps in the Porto Alegre region: "PyTche" for Python devs; "Porto Alegre Clean Code" for discussing clean development methods and "Rust in POA" for Rust devs.

Showcase your key technical skills to help potential employers understand your strengths and match you with the right opportunities. You can include any relevant knowledge from coding languages to graphic design platforms and more.

See more on the Tech Profile

Julio Biason's scores will be added to this company.

This section lets you add any degrees or diplomas you have earned.
UNISINOS
Bachelor, Computer Science