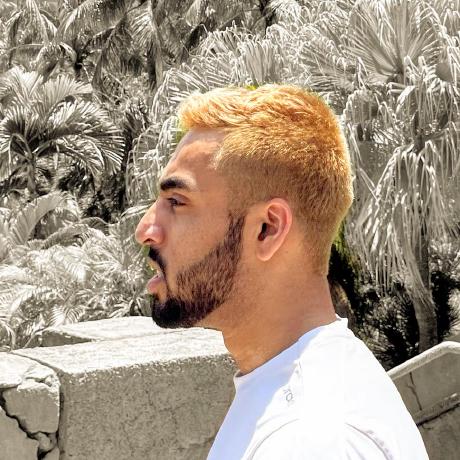 Full stack developer with a specialization in mobile app development with extensive publishing experience. - My project SpaceBolt achieved 15k Daily Active Users and a total 850k downloads in 2018. - Published two articles on the development process of my project Yue, which combined for 40k reads. - My project VolunTree achieved 1.25k Monthly Active Users, a total of 15k downloads in 2016, and 15+ opportunities recorded daily.

List your work history, including any contracts or internships
Leidos Full-time
Herndon, United States
Mobile App Developer
Flutter Mobile Development and CI/CD
flutter dart kotlin jenkins
Unissant
Herndon, VA
Data Science Intern
• Implemented a Fraud detection Model that recognized patterns of Health Care Fraud and deployed it as an AWS Sagemaker solution.
• Created a React client web-app backed by serverless AWS Lambda functions to Interact with the Fraud Detection Model.
• By creating this application, the company is able to demonstrate a proof of concept to a consulting client.
AWS AWS lambda data science ReactJS serverless
Hobsons
Arlington, VA
Software Engineering Intern
• Built a backend using Java and the Spring Boot framework to monitor the
synchronization data between CommonApp documents and the Naviance
platform.
• Created a Web App with JavaScript and AngularJS that displayed the JSON result
from the accessed REST API, which could then be organized by filters.
• By creating this web app, the sales team could answer QA with customers
without the aid of an authorized developer. Reducing a process that would take
days with admin approval to minutes.
AngularJS Java JavaScript spring

Add some compelling projects here to demonstrate your experience
Yue
A Casual Space Game with Fluid Gameplay
iOS Developer, Founder · Mindblowing visuals blended with rapid-fire gameplay for a fine-tuned Casual Experience. Defend planets from different kinds of comets! How deep into space will you get?

Yuē takes you on a mesmerizing space adventure with familiar swipe controls in an endlessly expanding universe. The idea is simple. Collect as many comets as you can and move to the farthest possible planet. Easier said than done though, this addicting space game will challenge your patience to the max. How long will you last against the unpredictable comets?

• Built a fully functional 3D low-poly game under 26 hours which was later published to both iOS and Android stores.
• Created an algorithm which creates procedural 3D planets, where no two planets are ever the same within the same game session.
• In the January update, added a store in which players can exchange in-game currency for different defenders.
• Published two articles on the development process of this project, which combined for 40k reads.
Space Bolt
A Space Based Game With a Social Aspect
iOS Developer, Founder · Space Bolt is a mystical Space Odyssey that puts you at the helm of a mighty rocket bound to travel across the solar system. With a cosmic amount of timeless free gameplay, there will never be a shortage of fun.

• Conceptualized and built an endless space game where the player controls a rocket across different environments avoiding different projectiles to collect fuel.
• Facebook leaderboard that compares player scores with friends and global.
• Shareable GIF that was cached in own server, retrievable by created API
• Achieved 15k Daily Active Users and a total 850k downloads in 2018.
VolunTree
The Simplest way to track Volunteer Hours
iOS Developer, Founder · VolunTree is the simplest way to record your Volunteer and Service hours. Follow your friends and fellow club members to see where they are Volunteering to expand your horizons. Join this paperless service community that not only notes your hours, but also encourages you to help your community more.

• Built an iOS App for high school students or anyone involved in service to legitimize their volunteer hour tracking with a peer-to-peer approval system.
• Allowed non-profits to directly create organizations within the app and post updates for volunteers, and allowed students to export hours to their school.
• Achieved 1.25k Monthly Active Users, a total of 15k downloads in 2016, and 15+ opportunities recorded daily.