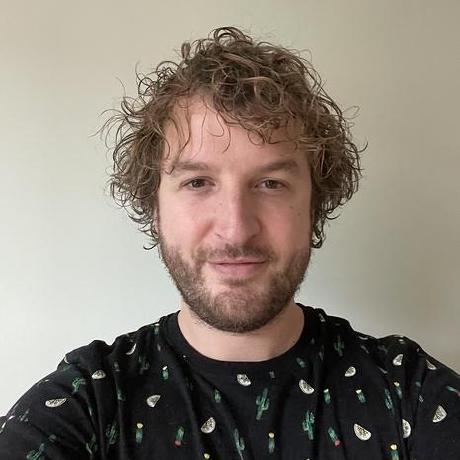 Bitcoin.com
Remote
Javascript Developer
I was working remote for the wallet team of Bitcoin.com.

Using the scrum method we work together to make sure the wallet is running smoothly, bugless and besides that I was adding new features. The wallet is built in Ionic (AngularJS) and available for Desktops (NWjs) and Mobile devices (Hybrid via Cordova).

The project is open source and can be found on GitHub: https://github.com/Bitcoin-com/Wallet/

Owner & Developer ☕️
Office Roulette (in Dutch: Kantoor Roulette) is an app on web and desktop that randomly determines who has to get the next coffee round at the office.

The App can be installed as an Extension for Chrome or desktop app (currently only for mac & windows). The app makes it possible to send requests for coffee to all colleagues who also have to app installed. After this request of about a minute, a wheel (the roulette) determines a loser from the participants who have accepted the initial request.

In addition to the app, there is a simpler web version where the names can be entered and a roulette can be played manually.

At Office Roulette I'm responsible for the complete management of the infrastructure, servers and app (Angular / NodeJS / PHP / WebSockets / CentOS). In addition, I do all social media posts, customer contact and updates to the apps.
node.js ionic socket.io angular php doctrine orm

Add some compelling projects here to demonstrate your experience
sats.io - cryptocurrency portfolio app
A cryptocurrency portfolio tracker with support for wallets: Ethereum, WAVES, NEO, IoP and cryptocurrency exchanges Bittrex, Binance, Poloniex, HitBTC, Quoinex, Nocks and Coinbase.
Check Demo
Kantoor Roulette
Of course, a lot of coffee is drunk in offices, but getting coffee often happens by the same people and for a small group of people or for those who want coffee themselves.

With the office roulette you can determine who has to get coffee. And with the Office Roulette Chrome extension or desktop app you can also decide for whom.

This project has been expanded in recent years with new functionality, in particular the chrome extension and desktop app that currently (at the time of writing) provides a little more than 90 companies, often self-employed flex workspaces, with someone to get their coffee.

I built the Chrome extension in ionic framework (Angular) in combination with Socket.IO, which means that (due to the use of web sockets) there is hardly any delay in sending a request and receiving it.

Later, at the beginning of 2019, desktop apps (for mac & windows) were also released. These are made with much the same code base as the extension. This is made possible by Electron, a framework for building hybrid desktop apps.

The website was designed by Harco Janssen from Paperblue. I realized the front end and the animations (CSS3 animations) on the homepage. Also the backend is custom written. The site is built in PHP with MySQL for the logic, and lots of javascript / html5 (for the visual side, like the spinning roulette)
Angular socket.io php javascript mysql express mariadb
Check Demo

This section lets you add any degrees or diplomas you have earned.
Hanzehogeschool Groningen
Bechelor, Communication Systems